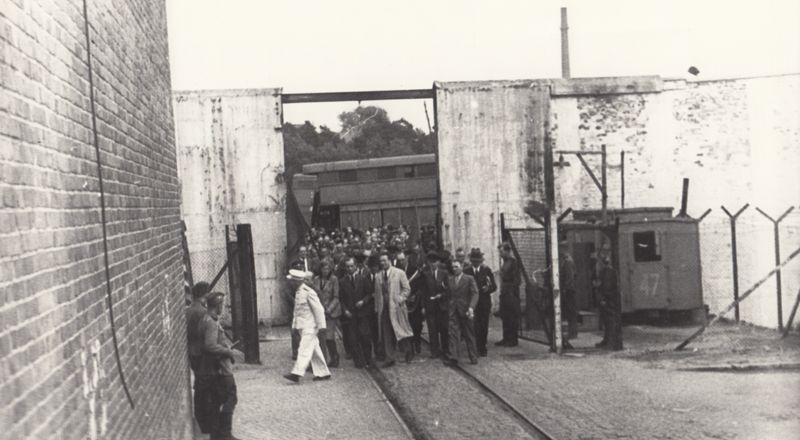 After the prison’s liberation by the Red Army on April 27, 1945, large parts of the prison grounds stood empty and were plundered repeatedly. Up until around July 1945, a civilian hospital took shape that cared for former prisoners who were too ill or weak to make their way home. In June 1945, the Soviet occupation authorities took over the premises, where they operated a hospital for German prisoners of war until September of that year.

Starting in the spring of 1946 at the latest, the prison complex belonged to Soviet Repatriation Camp no. 226. It was the largest camp of its kind in the Soviet occupation zone and performed the collection and intelligence-based screening of former forced laborers. People who had been captured as prisoners of war were also screened here – under duress – before their return to the Soviet Union.

The camp’s special division was located in the former prison. Soviet citizens who had served in units of the Wehrmacht or the German police were imprisoned there, as well as those suspected of collaboration with the Nazis.